Owning her own dryer vent cleaning company was not exactly something Gayle Patrick had initially planned on. In fact, the need for the business never even crossed her mind until the dangers of unkempt dryer vents hit close to home.

“I didn’t know dryer fires were a thing until a family friend actually had one,” Gayle said. “It was scary. I was totally unaware that you needed to be getting your dryer vents cleaned regularly.”

Now an owner of her own Dryer Vent Wizard in Newport News, Virginia, Gayle has taken measures to help her community avoid the danger of dryer fires. It’s no coincidence that she plans to hold a grand opening for her location this October, which also happens to be Fire Safety Awareness Month.

In addition to October being Fire Safety Awareness Month, it’s also National Women in Small Business Month. As one of our many female entrepreneurs, Gayle represents everything we look for in a Dryer Vent Wizard franchisee.

Before Gayle ever considered opening her own dryer vent cleaning company, she held a number of positions far from the home service industry.

Most notably, Gayle held the position of Vice President of Operations for WPS Health Solutions, an organization that oversees multiple health insurance brands for America’s active-duty personnel and military veterans. Before that, she managed call centers for Sprint, where she learned the ins and outs of top-tier training and support. 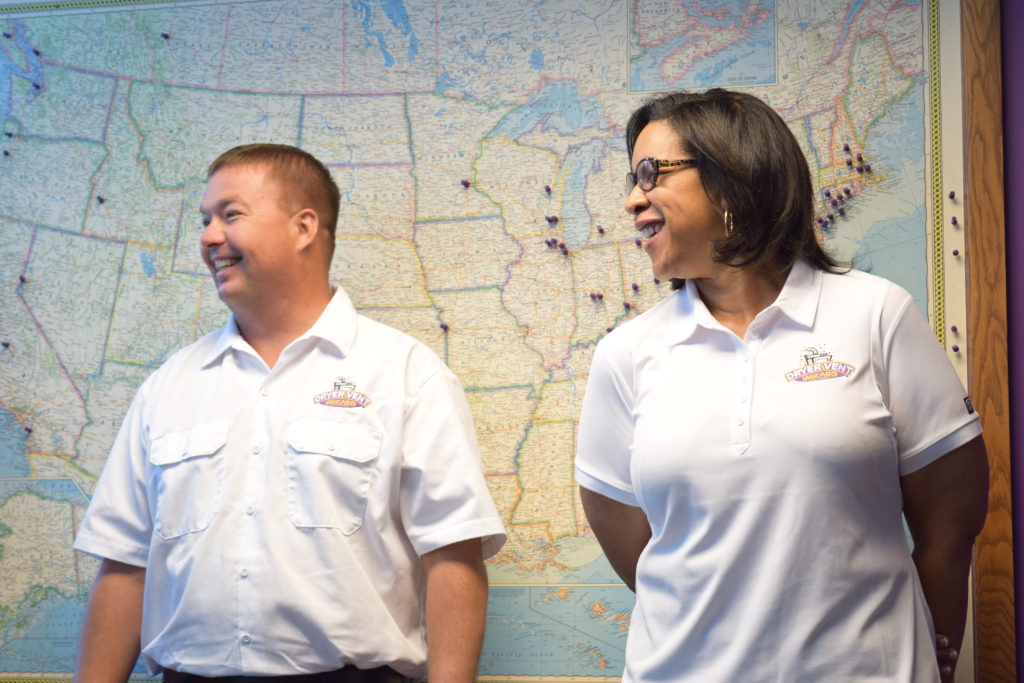 As a long-time entrepreneur, Gayle’s foray into business ownership did not begin with Dryer Vent Wizard. Rather, it started with a printing business in 2014, which she still owns to this day. While her husband runs the company’s day-to-day operations, Gayle focuses on her most recent business investment: Dryer Vent Wizard.

When Gayle stumbled upon our home services franchise, she was looking for something with a different business model than her printing business, as well as a business that was “Amazon-proof.” In addition to ticking those boxes, Dryer Vent Wizard seemed like the perfect opportunity after Gayle heard the news of her family friend’s experience with a dryer fire.

Not only did Dryer Vent Wizard provide a necessary service and raise awareness for an under-publicized danger, but the franchise opportunity also gave Gayle the work-life flexibility she needed at the time.

“I knew I wanted to work for myself,” Gayle said. “My youngest child just turned 13, and my oldest is 29. In my previous jobs, I felt I was never available and missed a lot of their growing up. So, I wanted to make sure I found a business that was not only profitable and positive for the community, but also gave me that flexibility for family time.”

Gayle came to Dryer Vent Wizard wanting to learn as much as she could about the business and broader industry. 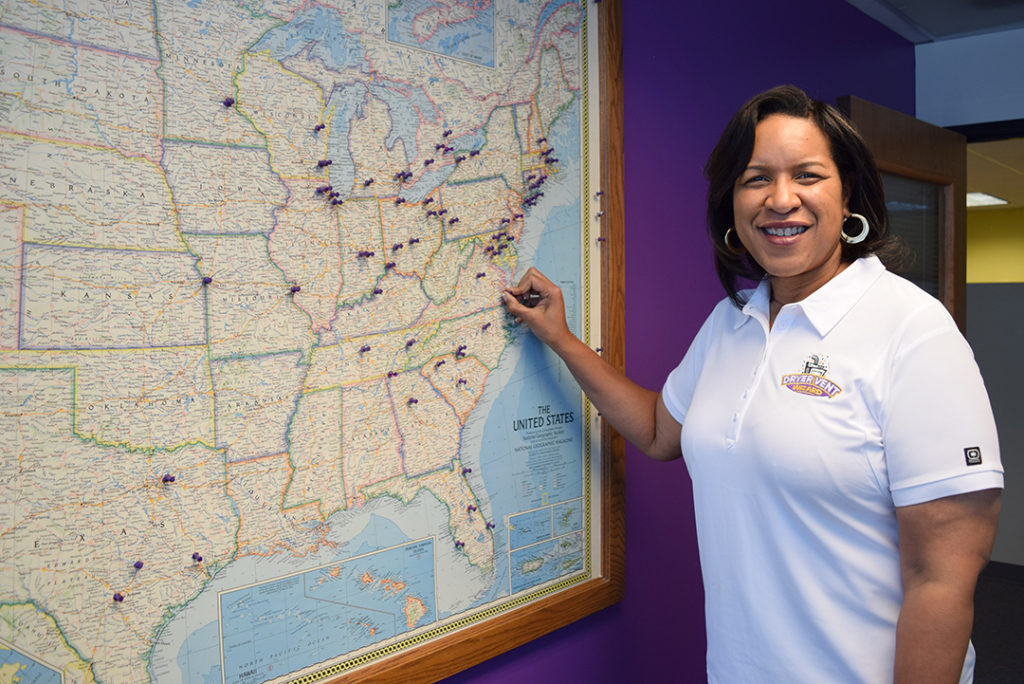 After she opened her franchise, the first thing she did was get her hands dirty in the dryer vent cleaning business.

“After I hired my first technician, I insisted on going out in the van with him,” Gayle said. “I wanted to understand the business in a hands-on way, so I did some jobs alongside him early on.”

To learn more about our franchise opportunity, contact us today!